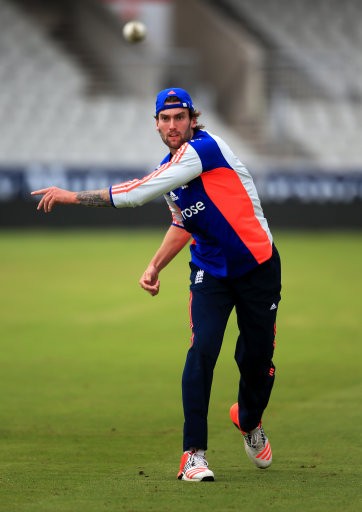 Reece Topley proved to be the hero as England recovered from their 10-wicket mauling at the Oval to register a 100-run at Lord’s and level the three-match series against India, setting up a winner-takes-all clash at Old Trafford on Sunday (England 4/5, India EVS – Series Winner).

England kept faith with the side that was utterly outplayed in the opener but, like at the Oval, they struggled to get going with the bat after India had won the toss and opted to bowl first.

Although Jos Buttler’s men managed to avoid slumping to 26-5 as they did on Tuesday, they still looked to be in trouble despite the likes of Jason Roy (23), Jonny Bairstow (38) and Ben Stokes (21) all getting starts with the fall of the latter leaving England at 102-5 with plenty of work to do.

Liam Livingstone at least got his side going in the right direction with a run-a-ball 33 but when he was caught in the deep at 148-6, England looked incapable of putting up a big enough score.

However, Moeen Ali (47) and David Willey (41) combined for a 62-run partnership to at least give England a total to defend with the hosts finally dismissed for 246 at the end of the 49th over.

As it turned out, that total was more than enough as England’s bowling attack was on the money from the off, stemming the runs and taking wickets to put Rohit Sharma’s side on the back foot straight away.

No run was scored off the bat by India until the fifth over. with Topley accounting for Sharma (0) and Shikhar Dhawan (9) inside the powerplay, while Brydon Carse dismissed Rishabh Pant (0) and Willey claimed the big scalp of Virat Kohli (16) to reduce the tourists to 31-4.

Just as Suryakumar Yadav (27) and Hardik Pandya (29) were starting to get going, Topley was re-introduced to dismiss the former with the score at 73-5 and the writing was very much on the wall.

The left-armer then later came back into the attack to remove Mohammed Shami (23), Yuzvendra Chahal (3) and Prasidh Krishna (0) to seal the win with his best-ever figures of 6-24,  setting up the series decider in the process.

There was no doubting Topley was deserving of the player-of-the-match award but it is worth noting the brilliant support of England’s other bowlers as Willey helped set the tone in the powerplay as he finished with figures of 1-27 off nine overs, while Craig Overton (0-22 off seven) and Carse (1-32 off seven) played their part, with Livingstone taking 1-4 late in the innings.

Ali was a little expensive but still made an impact by dismissing Pandya to finish with 1-30 off four overs as the Three Lions bounced back in fine style at Lord’s, dismissing India for 146 in the 39th over.

Both sides have much to ponder going into the finale but conditions may be a little easier for the batters at Old Trafford where the action is set to get underway from 11am.