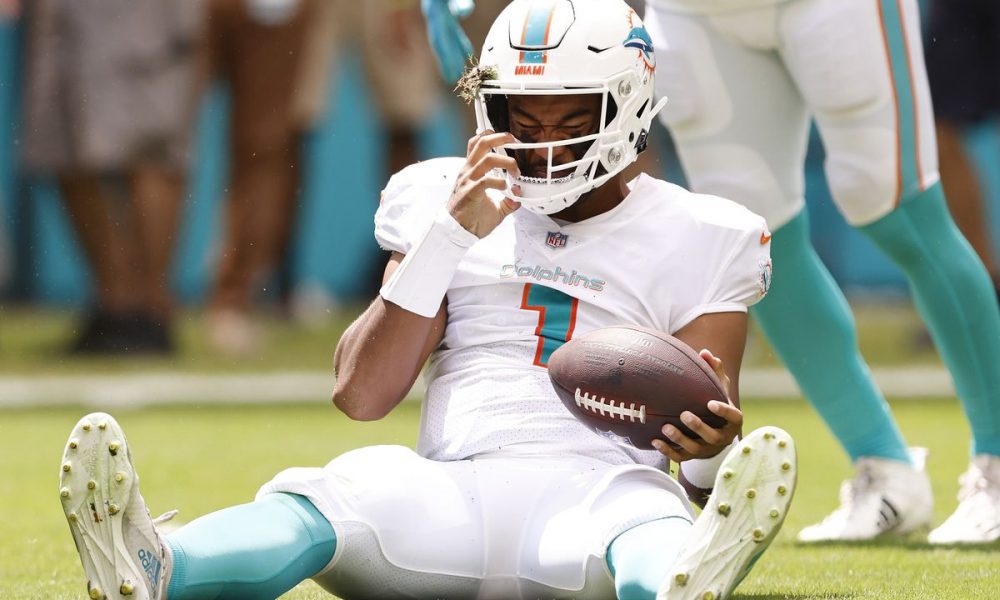 In recent weeks, the Miami Dolphins have become engulfed in reports regarding the franchise’s previous interest in future Hall of Fame quarterback Tom Brady.

The NFL fined team owner Stephen Ross along with vice chairman Bruce Beal a combined $2 million as well as taking away their 2023 first-round pick and 2024 third-round selection due to impressible conversations with Brady and former New Orleans Saints Head coach Sean Payton. All that has put a cloud over the Dolphins while creating lingering doubt over the team’s commitment to Tua Tagovailoa.

Despite that, Tagovailoa has taken the high road by brushing aside the chatter.

The Dolphins may have previously held an interest in Brady, but the team remains poised to push forward with the Alabama product. The 2022 campaign is an opportunity for him to truly break out as the franchise’s long-term answer under center.

The front office has put a strong group of talent around Tagovailia to provide him the chance to excel. He possesses two of the game’s most dynamic passing game big-play receiving options in Tyreek Hill and Jaylen Waddle.

The pressure is on his shoulders to take the next step in his maturation. First-year head coach Mike McDaniel has remained firmly committed to Tagovailoa leading the offense.

The pieces are in place for the 24-year-old to showcase that he can lift the Dolphins back to playoff contention and much more.