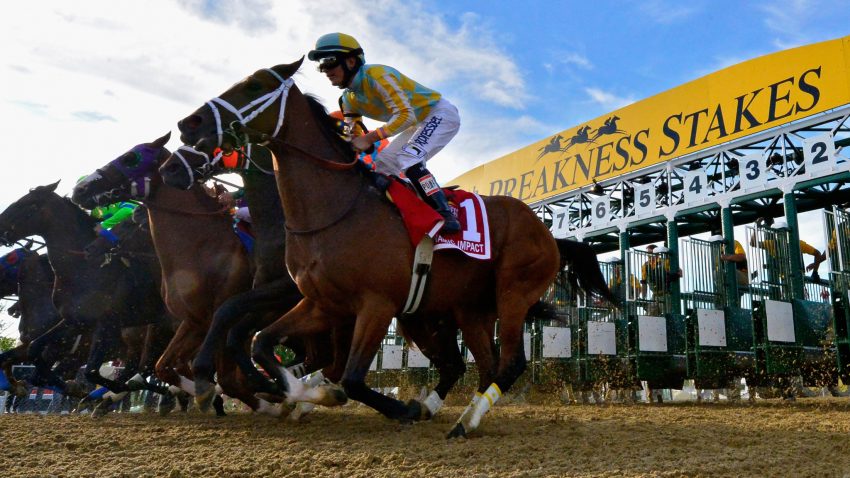 With 11 meetings scheduled, it’s a busy Friday of racing in the US and Canada, with the action starting at Pimlico at 17:40.

The eight-race card at the Maryland venue is the starting point with the final contest there set to go ahead at 21:12.

The daughter of Into Mischief won the Grade 3 Soaring Softly Stakes over an extended seven furlongs here last year and was then an eye-catching third in the five-and-one-half-furlong Galway Stakes at Saratoga in August.

Golden Gate Fields also stages eight races with the opener set for 21:15 and the closer scheduled for 01:04.

Woodbine in Canada has eight races later, starting at 21:50 and running until the 01:23. The fifth race on the card at 23:53 is one of Betfred’s several ‘Extra Place’ promotional contests throughout Friday evening, paying three places, and Souper Pronto (SP) is tipped to be in the mix, when dropping back down to 5f.

He disappointed when sixth of eight when sent off as favourite last time out at Woodbine in October last year but, after a period off and now running on his debut for trainer Nigel Burke, much better is expected from him in this seven-strong race.

Charles Town has eight races, with the first one off at 00:00 and the finale set for 03:32, and the final meeting to get underway in the early hours of Saturday morning is at Lone Star, where the action takes place between 00:35 and 03:51.

In that last race, Brock On By (SP), who won twice at Sam Houston in March to take his tally of overall victories to three, is one to watch, along with Stans Hookin Bull (SP) and Whiskey Not Wine (SP).