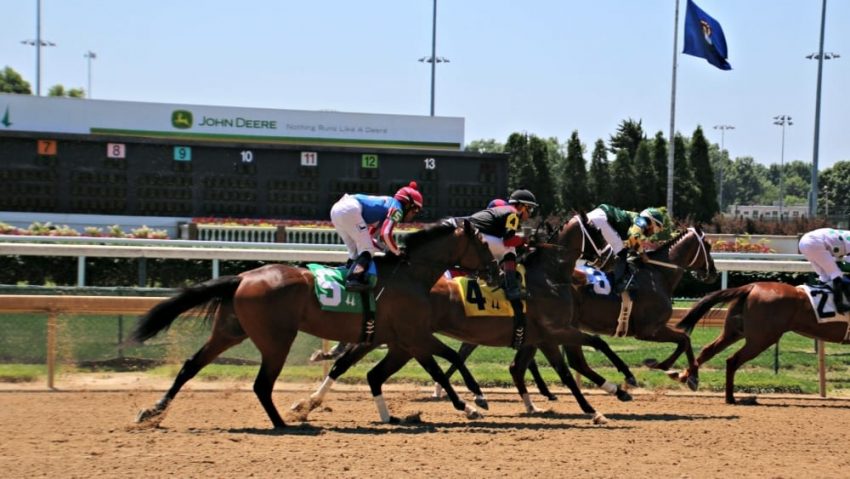 Fans of US racing are in for a treat on Friday, with no fewer than 12 meetings scheduled across the USA and Canada.

Friday’s opening meeting comes from Churchill Downs, where there are 13 races on the agenda until 00:00. It is the start of Kentucky Derby weekend at the iconic track, and there are two Grade 1 contests, four Grade 2 races and one Grade 3 encounter scheduled at the South Louisville arena.

Tampa Bay Downs’ card then follows, with the first of nine races starting at 17:20. Betfred’s “Extra Place” promotion is available in a maiden claiming contest at 19:50, with three places up for grabs. Diane Morici’s Telecast (6/4) should take some beating after some impressive performances of late, although Tapintoyourbeer (15/8) is expected to be leading the challenge.

The first of nine races at Gulfstream starts at 17:50, with the action running through until the closing race at 22:07.

Belmont Park’s opening race will take place at 18:00, and Gregory Sacco’s King Of Hollywood (9/2) could be in the mix, having raced at a higher class of late.

Punters can enjoy nine races at Belmont Park in New York, with the final contest due to start at 22:36, while Hawthorne’s eight-race meeting runs from 20:50 until 23:45.

There are eight races to come at Golden Gate Fields, with racing scheduled from 22:00 until 01:36.

Penn National’s card soon follows with their eight-race meeting scheduled to take place between 23:00 and 02:10.

There are nine contests planned at Evangeline Downs from 23:30 until 03:07, while meetings at Charles Town and Lone Star will take place in the early hours of the morning.

Charles Town’s eight-race card is set to take place between 00:00 and 03:32, while there are the same amount of contests planned at Lone Star, with punters able to follow the action from 00:35 until 03:51.