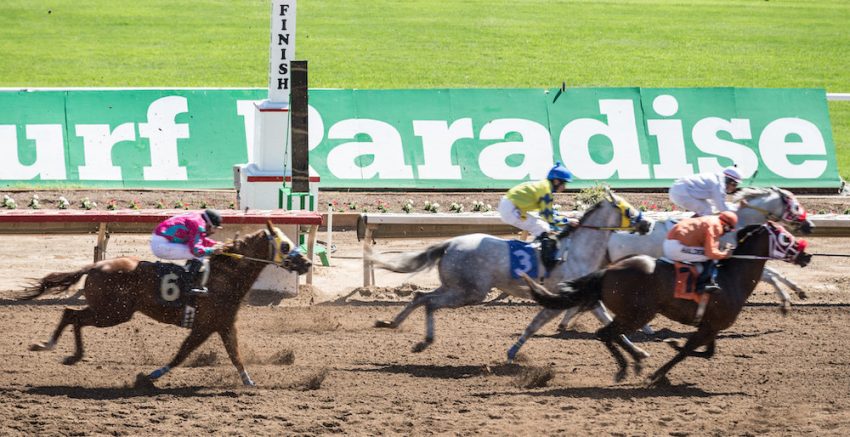 The US racing week gets under way on Monday with four meetings to take in from Mahoning Valley, Louisiana Downs, Will Rogers Downs and Turf Paradise.

Mahoning Valley is our first port of call, with the Ohio track set to showcase an eight-race card that commences at 16:45, before reaching a conclusion at 20:02.

The 18:36 Allowance from Mahoning Valley is particularly worth noting, as Betfred’s ‘Extra Place’ promotion comes into play for that one, with Joya Brillante (SP) expected to go well for trainer Larry Smith after she won convincingly over the same C&D last time out.

Moving further south and Louisiana Downs hosts a seven-race card that goes from 18:00-20:24, with the 19:12 Claiming from that venue proving another to benefit from Betfred’s ‘Extra Place’ offer.

Mps Dashin Funny (SP) could be the one to beat in that one after being dropped back in grade following some recent struggles, although One Delightful Tee (SP) and Cantkeepagoodgirldwn (SP) may also challenge.

Will Rogers Downs takes centre stage in Oklahoma, with the nine-race card there set to take place between 18:01-21:44, with the 21:16 proving another where Betfred’s ‘Extra Place’ promotion will feature. Dicey (SP), Juliard Honor (SP) and Sailing Along (SP) could all contend in that one.

Turf Paradise rounds off Monday’s action, with the Arizona track set to showcase eight races beginning at 20:25, with the final race of the day going off at 23:34.