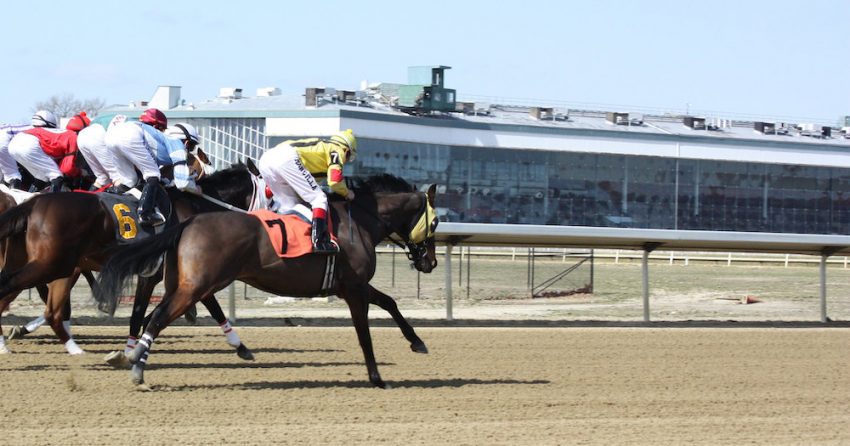 There are no fewer than nine US horse racing meetings on Saturday evening, with the action stretching from the east to the west coast.

The opening meeting of the night is at Horseshoe Indianapolis, where they host a 12-race dirt-and-turf card – starting at 17:20 and concluding with the lucky last at 23:40.

Philadelphia is the next stop on Saturday, with Delaware Park hosting eight races with their opener due off at 17:30.

Miss Leslie (SP) heads into the 20:30, 1m 2f dirt race looking for a third straight win, but the in-form McLean Robertson-trained Let’s Cruise (SP) could be a threat.

Gulfstream is the next meeting on the agenda, with the Florida track hosting an 11-race dirt card, starting at 17:31 and concluding at 23:00, while punters are being offered an Extra Place in the 18:05.

It’s then off to Maryland for Laurel Park’s dirt-and-turf meeting, with nine races in total and Betfred’s Extra Place promotion is live in the 18:14.

Race 3 (18:49) is also a Maiden Special Weight race, this time over 6f on the dirt with six runners set to go to post with Lacey Gaudet’s Ice Cold Frosty (SP) expected to run a big race.

California is the destination at 22:00, when Los Alamitos host a nine-race dirt card which concludes at 02:07 UK time.

Emerald Downs in Washington have a Saturday card, with eight races in total – with the opener at 22:15 and the last race due off at 01:47.

There are nine races at Canterbury Park in Minnesota, beginning with a 6f sprint on the dirt at 23:05 and concluding with a Starter Optional Claiming contest at 03:07.

The Louisiana racing fans will look forward to an eight-race card at Evangeline Downs from 23:20, with the biggest field in their penultimate race at 02:13.

Race 7 is an Allowance with nine runners set to go to post, with I’ll Raise You (SP) looking to continue an excellent run of form, having won his last two at this track.

The penultimate card comes from Prairie Meadows with the first of 10 races set for 00:00 and the closer due off at 04:04.

Last-but-not-least, there’s a seven-race card at Fairmount Park, with the Illinois track getting proceedings underway at 01:30 and concluding at 04:18 UK time.