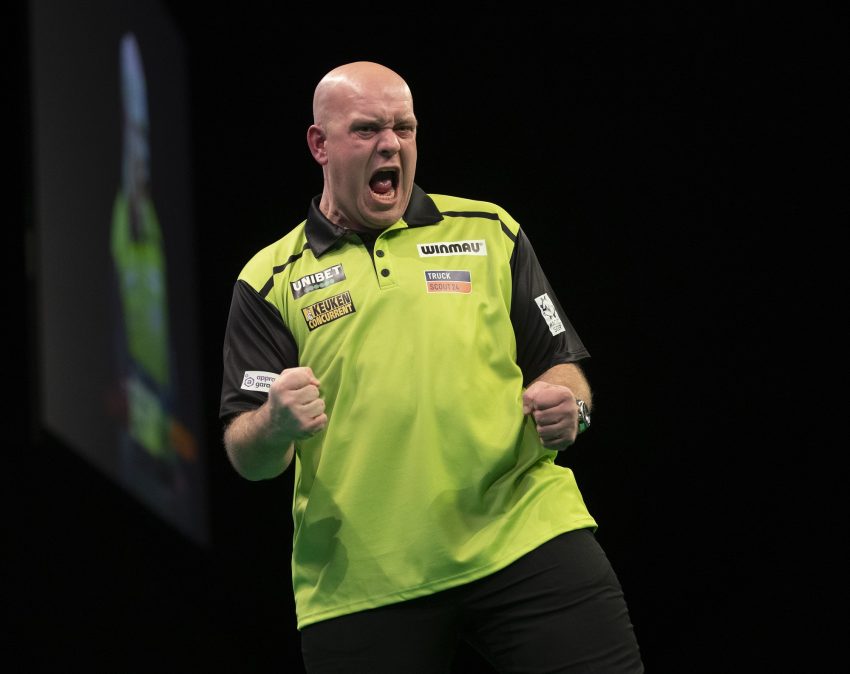 The contest between “MvG” and “Jackpot” was the standout tie from a stacked first round though it perhaps didn’t live up to the high quality that was promised.

A late surge from the Dutchman saw him defeat Lewis but with an average of just over 89.

He is just recovering from wrist surgery and will need to perform better against Joe Cullen (12/1 outright) who thrashed Damon Heta 10-2, winning nine consecutive legs during the match.

The standout performance on Sunday came courtesy of Dirk van Duijvenbode (14/1 outright) who averaged 103 in beating Ryan Searle in a quality first match of the day.

The “Titan” sealed his success with a brilliant 138 checkout and will face Michael Smith (7/1 outright) who was taken to a tie break by Andrew Gilding before finally getting over line 11-9 – despite being 8-4 down at one point.

Former UK Open winner Nathan Aspinall (14/1 outright) put on a fine display to beat one of the pre-tournament favourites Luke Humphries 10-5 with a 95 average.

Monday brings the first round to a conclusion in Blackpool with Gerwyn Price hoping to regain some form when he faces German Martin Schindler (Price 2/5, Schindler 19/10 – match betting).

The “Iceman” has only two PDC titles to his name this year and struggled through his Premier League campaign with a wrist injury.