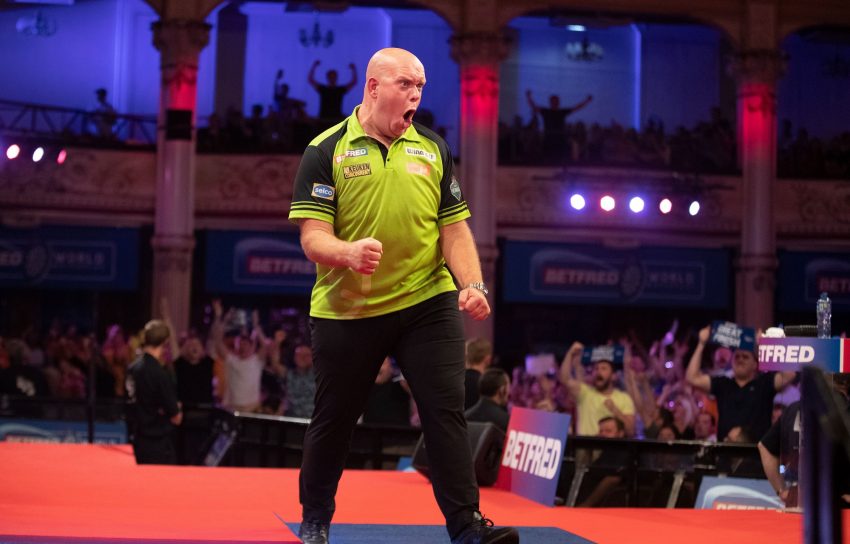 Michael van Gerwen (9/2 – World Championship outright) won the Betfred World Matchplay for the first time six years, after coming from behind to beat Gerwyn Price 18-14 in a sensational final at the Winter Gardens.

It was all set to be a cracker of a contest between the two players who have both shone in the past week.

Price (9/2 – World Championship outright) arrived into the final showdown on the back of his nine-dart heroics against Danny Noppert in the semis, while MvG overcame Dimitri Van den Bergh in a close-fought encounter on Saturday.

Indeed, Van Gerwen had another slow start going 4-0 down to Price before winning his first leg with a 10-darter – after missing double 12 for a perfect leg.

The Dutchman’s scoring was mesmeric throughout and he hit 15 180s in total on route to victory.

However, his doubles were very questionable and Price was nicking legs off him for the majority of the match.

The crucial break came in the 29th leg of the first to 18 contest – Price’s scoring was beginning to desert him and Van Gerwen rattled in a fabulous 130 checkout to lead the match for the first time.

He then won the next three legs to take the title with the winning shot coming via a 121 checkout on the bull, sealing the Phil Taylor Trophy with an average of over 101.

Van Gerwen has gone back up to number three in the world rankings after winning his second major of the year, while the consolation for Price comes from the fact he reclaimed the world number one spot from Peter Wright.

After the game, a jubilant Van Gerwen – only a month on from wrist surgery – said he was able to keep his cool under pressure through the match.

“I can only be proud,” the 33-year-old said. “This is what they want, they want drama in the final. I am really proud of myself that I could hold my nerves together.

“I think before this tournament a final would have been a dream for me, because I’ve been going through a tough period.”

It means more history has been made by the “Queen of the Palace”, who sealed her spot in November’s Grand Slam as a result.

The next major championship comes at the start of October with the “double in, double out” Grand Prix taking place in Leicester.

Meanwhile, the PDC World Championship schedule has been confirmed with the Alexandra Palace tournament running from 15h December to 3rd January.