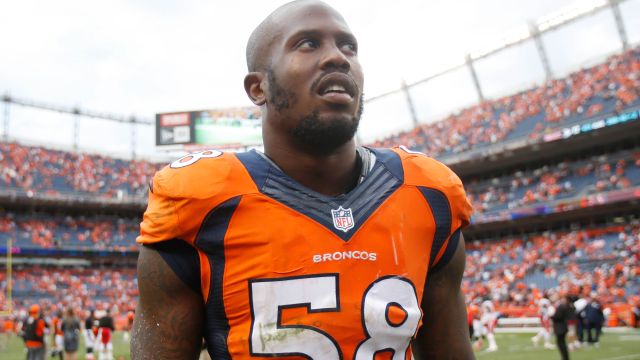 Linebacker Von Miller has the chance to make history next season. If his new Buffalo Bills team wins the Super Bowl, he will be the first player to win the trophy with three different teams.

A midseason trade to the Los Angeles Rams last year saw Von Miller win his second Super Bowl. Moving from one title contender to another in the space of six months is a privileged position to be in.

However, Von Miller, who spent 10 years with the Denver Broncos, described his time as a free agent as ‘heartbreaking’.

“It was heartbreaking,” Miller said. “I almost cried (leaving the facility the day of the trade). To go and win a Super Bowl with the Rams, that is the only thing that could’ve helped out with the heartbreak.”

“Free agency comes, and (I) want to be a Ram, want to be a Buffalo Bill, (I) want to go back to the Denver Broncos, (I) love the Dallas Cowboys,” Miller said. “Everything just happened so fast, (I) go with the Bills … and I start thinking about the type of the wonderful things I can do with this team.”

Despite riding off into the proverbial sunset with a six year, $120 million contract, Miller says he’ll keep an eye on Denver.

Read: Sandra Douglass Morgan – I Don’t Want To Be The Last

“This team is going to be great,” Miller said.

“It’s bittersweet that I won’t be here to be a part of it, because I’ve still got orange and blue in my heart and it will stay that way forever.