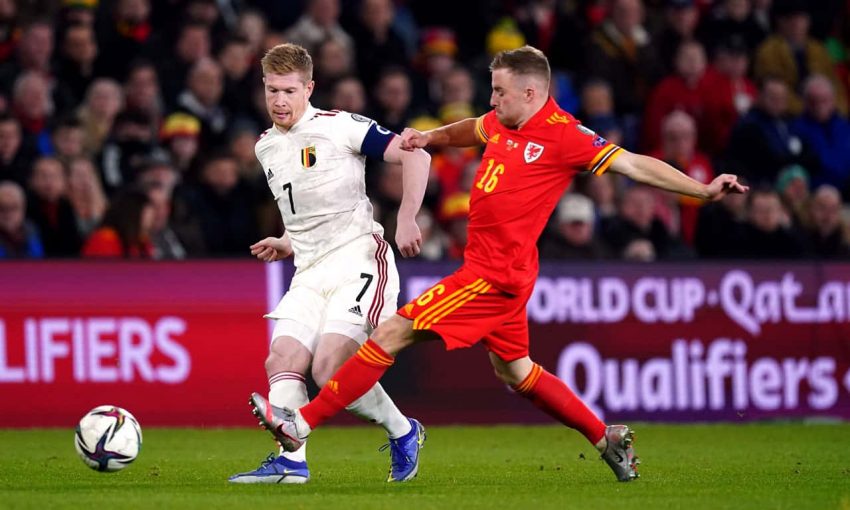 Wales face another of Europe’s top teams on Saturday as they continue to build towards the World Cup and we have studied the odds to pick out some Wales v Belgium betting tips.

Their unbeaten home record ended with a 2-1 defeat against the Netherlands on Wednesday and their next Nations League test does not look any easier.

Saturday’s match at the Cardiff City Stadium kicks off at 7.45pm and is live on Premier Sports and S4C.

The main aim of this international window was to qualify for the World Cup and with that objective achieved, there is a sense that anything else would be a bonus.

Rob Page’s men put up a decent show against the Netherlands though and looked to have rescued a point before Wout Weghorst struck deep in added time to snatch victory for the visitors.

Rhys Norrington-Davies appeared to have extended Wales’ unbeaten home record when he struck his first senior international goal in the second minute of stoppage time to cancel out Teun Koopmeiners’ opener.

🇳🇱 After some excellent work by Frenkie de Jong, @BurnleyOfficial forward Wout Weghorst wins it for the Netherlands!

But Holland went straight up the pitch and Weghorst’s superb header inflicted a first home defeat on Wales since November 2018, ending a run of 19 games unbeaten on home soil.

The intensity of the occasion often resembled a friendly more than a competitive match and the timing of this fixture against the team ranked second in the world is far from ideal.

Page made four changes for Wales’ third of five games in the space of 14 days, with Ben Davies, Connor Roberts, Daniel James and Joe Rodon surviving from Sunday’s play-off final win over Ukraine. Davies wore the armband in Gareth Bale’s absence from the starting XI.

Goalkeeper Wayne Hennessey was ruled out by a knock, while his replacement Danny Ward then went off at half-time.

Page said: “The Poland game and this game were influenced by a final (against Ukraine) in between.

“The team against Poland was one eye on the final, and the team today was because of the final. If you have got a squad of 50 players, great, it is no problem, but we don’t have that luxury. “These Nations Leagues have always been about preparation. We’ve got four games before November 21 (Wales’ World Cup opener against the United States in Qatar).”

That adds to the view that the hosts are worth opposing and Belgium are 2/1 to be leading at both half-time and full-time, while they are 12/5 to win by more than one goal and 19/4 to win both halves.

Belgium head to Cardiff full of confidence after a 6-1 thrashing of Poland on Wednesday.

They went behind to a Robert Lewandowski goal in the 28th minute but Axel Witsel equalised late in the first half.

The floodgates opened once Kevin De Bruyne put Belgium ahead around the hour mark, with Leandro Trossard bagging a brace before Leander Dendoncker and Lois Openda completed the scoring.

It was the perfect response to a 4-1 defeat against the Netherlands in their opening match but Belgium’s only clean sheet in their last six matches came against Burkina Faso.

There were goals at both ends when these two teams met in World Cup qualifying, with Belgium winning 3-1 at home and being held to a 1-1 draw in the return match.

Both teams to score can be added to Wales v Belgium betting tips at 5/6, while a Belgium win without a clean sheet is 3/1.