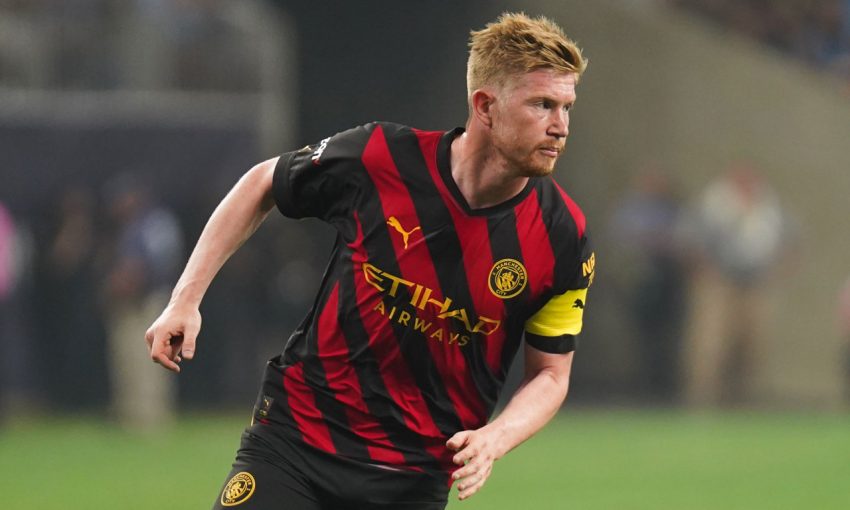 The champions face a tough start to the defence of their Premier League title as we analyse the odds to pick out some West Ham v Man City betting tips.

The Hammers picked up 10 points at home against the top four last season so may feel aggrieved at odds of 15/2 for the win.

Sunday’s match at the London Stadium kicks off at 4.30pm and is live on Sky Sports.

West Ham spent most of last season as one of the top-four contenders but faded away to finish seventh.

They lost six of their last 11 matches but that was perhaps understandable given they also reached the Europa League semi-finals which took priority in the latter stages of the season.

In the Premier League they beat Liverpool, Chelsea and Tottenham at this venue and looked set to do the same to City when they led 2-0 at half-time before having to settle for a 2-2 draw in the penultimate match of the campaign.

This looks a good time to be facing City again after a short pre-season and with Pep Guardiola’s men having lost 3-1 to Liverpool in the Community Shield last weekend.

The Hammers are 4/5 with a two-goal start on the handicap which would have paid in out in every home match for David Moyes’ men last season so that kicks off our West Ham v Man City predictions.

Manchester City pulled off one of the signings of the summer with the arrival of Erling Haaland from Borussia Dortmund.

The common assumption is that one of the hottest properties in world football can only make City stronger given they often played without a recognised centre-forward last season.

Adapting to a new country and new team may take time though, especially with Guardiola not being renowned for playing out-and-out strikers, and the Norwegian failed to find the net against Liverpool last weekend.

Even if Haaland is a success, City have parted with several key players, most notably Raheem Sterling and Gabriel Jesus.

The champions began last season with a defeat in London, losing 1-0 at Tottenham despite going on to amass 93 points.

Odds of 4/11 for a winning start look a bit short in the circumstances and they may need time to settle so a drawn first half appeals at 7/5.

West Ham have been competitive in all five meetings with City in the last two seasons.

All three games at the London Stadium, including in the Carabao Cup, ended in a draw before West Ham went on to win the cup tie on penalties.

At the Etihad Stadium the Hammers have lost 2-1 in their last two visits and they have not been thrashed by Guardiola’s men since a 5-0 loss in August 2019.

The four league meetings in the last two seasons have produced 12 goals at an average of three per game so exactly three goals on Sunday at 3/1 completes our West Ham v Man City betting tips.