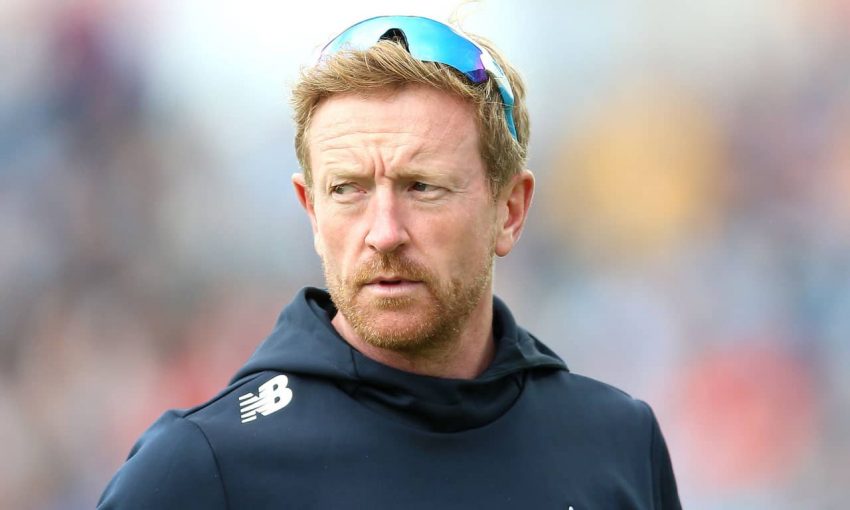 A look ahead to West Indies v England

Following their Ashes humiliation, the England cricket team are back on the road, and although the idea of some Caribbean sun may sound like luxury, it could be a challenging month for the visitors, who face three back-to-back Tests for the inaugural Richards-Botham Trophy.

Interim head coach Paul Collingwood has his chance to pitch for the top job as we preview the series and look through all the West Indies v England odds as the visitors look for their first win in the Caribbean since 2004.

The three-Test series can be watched live on BT Sport, with the first ball of the first Test in Antigua scheduled for 2pm on Tuesday March 8.

What is the first thing you should do when suffering a humiliating 4-0 loss in your flagship set of fixtures? Well, the answer for England is to dispose of 1,177 Test wickets and leave James Anderson and Stuart Broad sat at home twiddling their thumbs.

Whether this is just a temporary measure, only time will tell but England have, for the short term, decided to visit the Caribbean with a pace battalion of Mark Wood, Ollie Robinson, Chris Woakes, Craig Overton, Saqib Mahmood and Matt Fisher.

There are also changes at the top of the order with Durham’s Alex Lees and Zak Crawley the only recognised openers in the touring party, while skipper Joe Root is set to move up to number three to allow Ollie Pope and Dan Lawrence to battle it out for a spot in the middle order.

The Ashes loss has brought to an end Jos Buttler’s time with the England wicket-keeping gloves, but the management have resisted the temptation to reinstall Jonny Bairstow behind the stumps and Ben Foakes returns to the Test arena in this West Indies v England series. Where do the wickets come from?

With Anderson and Broad on the sidelines, there is plenty of responsibility falling on Wood, Woakes and Robinson to prove they are suitable heirs to the throne.

All have their merits, but the selection does look somewhat flawed, with Woakes’ away record the biggest red flag of all.

The Warwickshire all-rounder is deadly with a Dukes ball on home soil, but has perennially struggled on the road and the flat wickets of the West Indies look far from tailor-made to the admirable seamer’s strengths.

Wood has plenty of pace and was one of the few bright sparks of England’s last tour of the Caribbean. His pace is a real asset in the West Indies, but England have to be minded to protect his fragile body and it is far from ideal that he has missed the majority of the Three Lions’ sole warm-up fixture with illness.

Robinson has shown he has all the talent to succeed in international cricket and has already claimed some big-name scalps with intelligent bowling. However, whether he can stand up to the rigours of Test cricket is another matter. His fitness was called into question Down Under and reared its head again in the pre-series warm-up fixture when he left the pitch after bowling just 9.3 overs.

Ben Stokes will be required to chip in with a quota of overs, but that could be limited as he continues to battle a side strain and if Wood and Robinson are not at full fitness, it could expose England new-boys Mahmood and Fisher, who both failed to find the wickets column in the first innings of England’s game with the West Indies President’s XI.

Jack Leach looks set to get the nod over Matt Parkinson following his four first-innings wickets in Antigua and he is 5/6 to take over 1.5 wickets in the first innings of the first West Indies v England Test match.

England shamefully failed to pass 300 at any point in Australia and Bairstow’s heroics in Sydney was the only time an England batter made it to three figures in the Ashes. The visitors’ dependency on Root can only last so long and it is no surprise to see a new-look England top seven step to the crease in the West Indies.

Lees is likely to have the full series to nail down a spot at the top of the order and his half century in the warm-up suggests he is likely to be more of a watchful Dom Sibley than a run-blazing counter puncher, although Crawley’s controlled aggression at the other end will counteract that somewhat. Pope’s struggles Down Under appear to have handed Lawrence the chance lay claim to a middle-order position. His 83 against the Presidents XI was promising and he can be backed at 6/1 to be the visitors’ leading runscorer in the first innings of the first Test.

Root is obviously favourite in that market at 9/4, although a century in the warm-up for Bairstow suggests he is ready to build on a respectable Ashes campaign and the flame-haired Yorkshireman is 11/2 to score a first-innings hundred when the West Indies v England series kicks off.

The Windies edged the recent T20I series with the visitors and that should serve as a stark warning to England that this will be far from a stroll in the park.

The hosts have dominated the most recent series on home soil against England and although winning just three of their 10 Test matches in 2021, they can’t be underestimated by any means. Although no longer captaining the side, Jason Holder is still an ever-present member of the West Indies line-up and is likely to test England’s top order along with 68-Test veteran Kemar Roach.

Kraigg Braithwaite is now leading the side and his runs up top could prove key, while vice-captain Jermaine Blackwood opened with Braithwaite in Sri Lanka, but may move back to the middle order with the all-action John Campbell recalled to the West Indies squad.

Surprisingly Root’s raiders are chalked up as the evens favourites to win the series despite being bottom of the ICC Test World Championship and winning just one of their last 14 Test matches.

That would suggest the West Indies could be a touch of value at 7/4, while in the correct score market the hosts are 5/1 to repeat the 2-1 series victory they recorded the last time they met in the Caribbean.

A ferocious spell of bowling from Wood in the final Test in St Lucia helped England avoid a whitewash in that 2019 series and he is 11/4 to be England’s leading wicket taker in the first Test if selected/fit for the opening salvos. He recorded a five-wicket haul in that aforementioned effort at the Darren Sammy National Stadium and is 7/1 to start this West Indies v England series in the same vein.

If Wood and fellow bowler Robinson fail to overcome their fitness worries then that could open the door for an inexperienced England attack to be put to the sword and a 3-0 defeat at 16/1, although the pitches in the West Indies can be pretty docile and that brings a drawn West Indies v England series into the equation at 7/2.