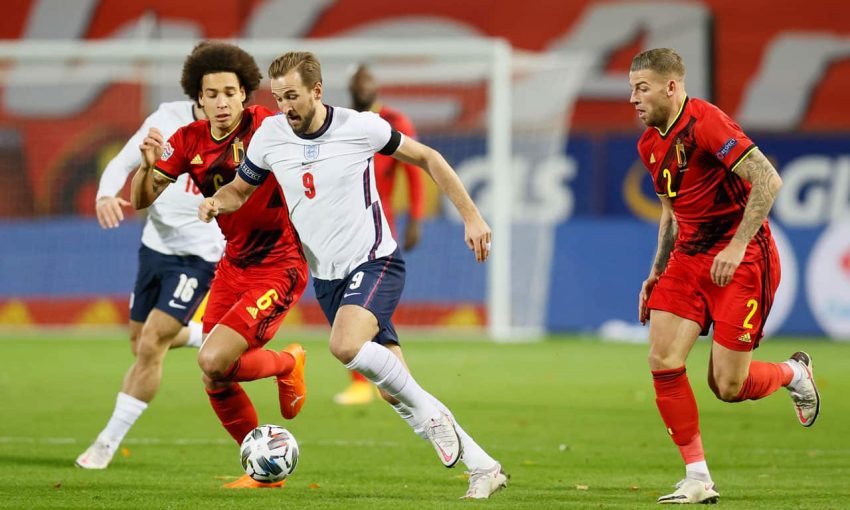 The path to England World Cup glory in Qatar will become clearer when the draw is made on Friday and we have taken a look at who could end up in the same group as the Three Lions in the middle east later this year.

Gareth Southgate’s side are one of eight seeds which means in theory they will avoid some of the biggest names in football.

There is still some extremely dangerous opposition in the other three pots though as we pick out the teams England will be desperate to miss in the early stages of the competition.

Who is with England in pot one?

England will be delighted that the likes of Argentina and Brazil won’t be on the agenda for the group stage as the South American giants join England in pot one for the 2022 World Cup draw.

World champions France, FIFA’s number one ranked team Belgium, Spain, Portugal and host nation Qatar are the other teams that get top billing in the group stage. Southgate will be looking to avoid being drawn against European giants Germany and Netherlands, who are just two of the teams set to be in the second batch of eight teams.

The pair played out a 1-1 draw on Tuesday evening, but are both unbeaten since Louis Van Gaal and Hansi Flick took over each side respectively and are an ever-present threat at the major summer tournaments.

Croatia are another side England could pull out of pot two and although they lost to the Luka Modric-driven Balkan state in the semi-finals of the 2018 World Cup, they gained their revenge in the Three Lions’ opening game of Euro 2020.

Potentially the worst outcome in the 2022 World Cup draw from pot three will be Africa Cup of Nations winners Senegal, who overcame Egypt on penalties to book their place in Qatar.

Senegal’s star man Sadio Mane has been the scorn of many of a Premier League defence in his time with Liverpool and the likes of Harry Maguire and John Stones will be eager to see the draw masters usher him away to another group so they don’t have to line up against the 29-year-old.

However, if England avoid Mane, they could easily end up facing Robert Lewandowski or Aleksandar Mitrovic, with both Serbia and Poland set to be in pot three for the 2022 World Cup draw.

One small comfort though will be that only two teams from one continent can be in the same group, so if England have the misfortune of being placed with the big guns from Europe that are in pot two, they may be able to ease their woes with a game against Tunisia or Iran as their pot three side. The ongoing Ukraine invasion has prevented the European pathway semi-final between Scotland and Ukraine taking place and as of yet the final European team to make the World Cup is to be decided.

Wales await the winner of Scotland v Ukraine for the chance to book their ticket to Qatar, with the winner of that game being placed amongst the lowest ranked teams in pot four.

England could only draw with Scotland when they met at Wembley in Euro 2020, while the Three Lions were made to work hard by the Welsh at Euro 2016, when the Dragons had the last laugh by making the semi-finals.

Others from pot four that Southgate’s side could be faced with include Ghana, Cameroon, Ecuador or the winner of Australia v United Arab Emirates. What is the best/worst case scenario for England?

Looking at the various combinations and outcomes is a dangerous game, but Southgate could be dreaming of a group containing Mexico, Tunisia and Saudi Arabia.

That way he avoids the dangerous European teams lurking in pot two and will fancy his chances of overcoming those lower-ranked sides with a team tipped to go all the way to 2022 World Cup glory.

The worst-case scenario appears to be Germany, Senegal and Ecuador joining the England World Cup group, although whoever England pull out from pot two looks set to give the Three Lions a run for their money in the group stage.