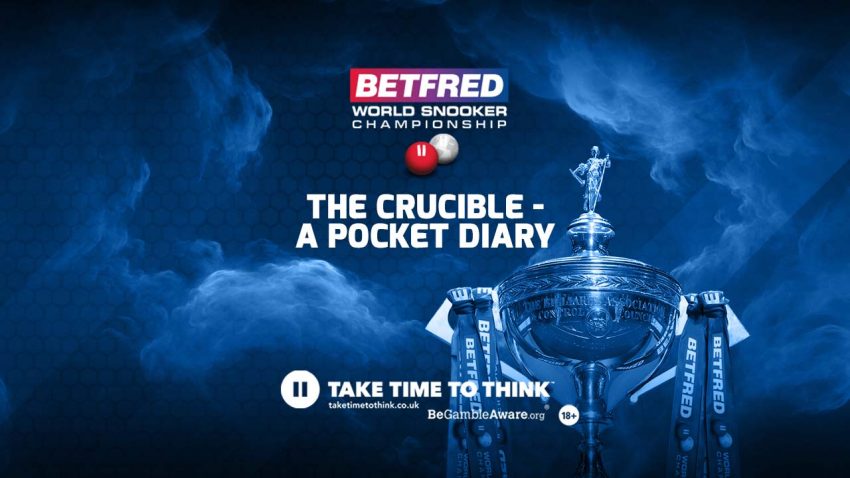 Welcome to Day Six, and the beginning of Round Two, at the iconic Crucible Theatre!

While Mark Williams took on his ‘fourth son’ Jackson Page this afternoon in another all-Welsh clash to kickstart the last-16, Thai star Noppon Saengkham was sealing a second-round berth by beating Belgian Luca Brecel 10-5.

👏 | Noppon Saengkham has spent 3 previous occasions learning everything he can about how to play at the Betfred World Snooker Championship and this year it’s paying off.

This evening sees Judd Trump resume 6-3 up against Hossein Vafaei after a scrappy first session from the Juddernaut. If this pair don’t play out all 10 frames this evening, it will be the first time since 2009 that no first round match has gone to a decider!

Talking statistics, the first round of the 2022 Betfred World Snooker Championship has seen more century breaks than any other version of the event, with 43 ton-plus visits from the world’s top 32 cueists.

Williams also hit a trio in his first session in Round Two, meaning we are standing at 46 century breaks already – just eight off the halfway point of last year’s record 108. That means £9,200 is already making its way to Jessie May – World Snooker’s charity, who will be the recipient of £200 for every century break made in the Crucible courtesy of Betfred.

On the other table this evening is another very tasty, second round clash. Zhao Xintong set tongues wagging after his 10-2 victory over Jamie Clarke on the opening weekend, with many believing he could become the first Asian winner of the Betfred World Snooker Championship.

Ronnie O’Sullivan has been helping the 25-year-old hone his skills, with the six-time winner saying: “I’m enjoying spending time with him, helping him develop as a player, and I loved watching his first round match. He has come on a lot and is exciting.

“I love showing him stuff and he’s enjoying it. Once I’ve gone, I need to leave someone to do some damage, and he’s the guy. He’s the guy who plays snooker the way I like it to be played. He’s the only player I can probably help because he plays similar to me, sees it the same as me, and is a quick learner.

“He has the ability, intelligence, and class to take it all on board – and if he fulfils ‘only’ 80% of his potential, he will win five or six world titles, easy!” A ringing endorsement indeed from the Rocket.

Maguire himself had a topsy-turvy match against former champion Shaun Murphy, leading 6-3 to trail 8-7, before finally getting over the line 10-8.

It’s bubbling nicely here in the Sheffield sunshine, as we career towards the second week of the greatest competition in the snooker calendar.