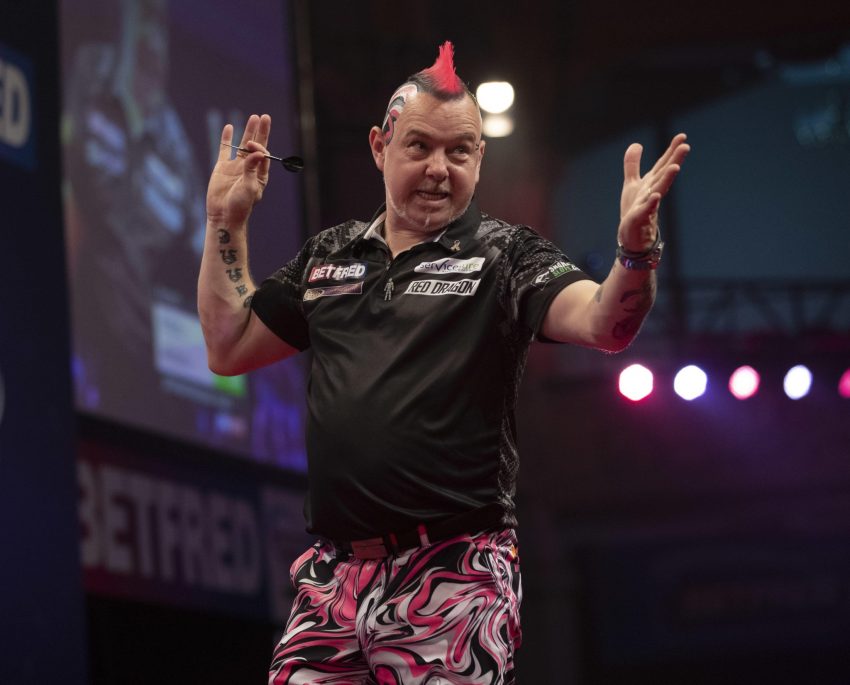 The world champion raced into a 5-0 lead, before a 157 checkout in the penultimate leg all-but sealed his progress.

Next up for ‘Snakebite’ is a date with ‘The Polish Eagle’ Krzysztof Ratajski, who defeated Stephen Bunting 10-6.

While Wright admits he admires Ratajski, he doesn’t believe the Pole or any other player will have the consistency to match him in Blackpool.

“There are loads more 180s to come, maybe nine-darters as well. I believe I will win it again,” he said. “Krzysztof is a fantastic player, but it doesn’t matter what player turns up, they’ve got to be consistent from the first leg until the last, and there’s not many players in this tournament that can do that.”

Dimitri van den Bergh made a statement with a 10-2 victory over Callan Rydz, while Jonny Clayton was the big casualty on Saturday, going down 10-7 to Rowby-John Rodriguez.

There could be more to come on what looks a competitive Sunday featuring eight matches across two sessions in Blackpool.

Undoubtedly the highlight is the 21:30 between Michael van Gerwen and Adrian Lewis.

The pair have met twice at the Winter Gardens, winning one apiece, but MVG is the 1/3 favourite having enjoyed an improved season that has included winning the Premier League amongst his six titles.

Lewis isn’t the player he once was but has both a higher 180 rate and checkout rate than the Dutchman. However, that might not be enough to claim the victory at 9/4, especially as MVG has recovered his fitness.

Van Gerwen missed the World Cup of Darts to have surgery to fix carpal tunnel syndrome in his throwing arm but has now declared himself fully fit.

“Throwing-wise, I’m 100 per cent fine,” Van Gerwen told Sky Sports. “I can’t really complain, but if you do something stupid then of course you’re not going to be 100 per cent.”

In the opener at 13:10, 8/13 Dirk van Duijvenbode could get the crowd going when he takes on Ryan Searle.

The quickfire Dutchman has averaged more maximums per leg this season than anyone else at 0.39 and reached the final of last month’s Dutch Darts Masters.

Van Duijvenbode won the pair’s last meeting in the Players Championship 12 final but 13/10 Searle is in decent form having reached a semi-final last week in Barnsley.

That defeat came at the hands of Andrew Gilding, who is also in action on Sunday against Michael Smith (Match Betting – Smith 2/5, Gilding 19/10).

Smith is 9/1 to win his maiden major and will need to be wary against the in-form Gilding but will need to show he can do it on the big stage at the Winter Gardens.